This Just In: UN to Eradicate World Hunger with New Program 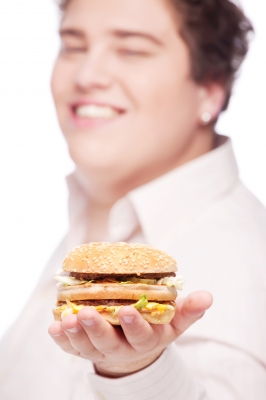 In a shocking but supremely humanitarian announcement today, the UN unveiled its plan to finally eradicate world hunger.  The plan comes as a result of the hard work and dedication of a UN sponsored panel on world hunger named The Modest Proposal Project.

Yanni Gutierrez who led the special panel, said in his speech to the UN in New York, “Today is a great day in human history. We now finally have the means to end world hunger once and for all! We are marching ever onward toward a united earth, a prosperous earth. An earth that we are proud to call home. The plan is startlingly simple. We are going to eat the rich.” Gutierrez explained that the wealthy’s diet made them prime candidates for eating. “They are basically like grass-fed cattle,” he said then smacked his lips. “You ever had a grass-fed cheeseburger? Delicious.”

In order to make sure there are enough rich to go around, the panel decided that anyone making over $250,000 USD or the foreign equivalent a year qualified for the special program. “We really don’t want to leave anyone out,” Yanni clarified, “Rich or poor. If you’re poor, you can bet you’re gonna get to dine on some fat rich elitists. If you’re rich, well, it’s only fair that you do your share.” When asked what would happen to the upper class whenever they were all eaten Gutierrez replied, “Well, the thing with money is that it’s really easy to give away. Anyone will take it. I don’t foresee any problems in creating more rich people.”

The Modest Proposal Project suggests using the money of the formerly rich to promote local food production in third world countries and poor first world communities to counteract a projected rising dependency on richburgers. “They aren’t gonna need it anymore,” explains Gutierrez, “Might as well let them feed the poor indefinitely through the re-appropriation of their largely ill-gotten gains.”

Gutierrez admits that the panel may have been eating massive amounts of magic mushrooms and listening to Aerosmith whenever they devised their exciting new plan. “It’s really the best way to get those creative juices flowing. A lot of world changing ideas have been the result of magic mushrooms and Aerosmith. I mean, they inspired the carbon tax for crying out loud.”

Despite the methods used in outlining the plan, The Modest Proposal Project’s program has already generated a lot of support. Poor people the world over have begun lining up in anticipation of being the first to get their hands on a richburger. “You’d think there was another Star Wars movie opening,” Gutierrez commented. “It’s really exciting to see our brain child take off like it has. We are expecting nothing but good things in the future. We will finally live in a world where no one has to go hungry.”
The Modest Proposal isn’t stopping there, however. “We’ve already started outlining our plan to stimulate the world economy. We’re calling it Project Dr. Greenthumb. And we’ve also got solutions for World Peace in the works. We’re calling that one the, ‘Then I Got High Project’,” he then started humming the Afro Man song and sang, “I was gonna go to war, but then I got high…”